He Lived Unspeakable Abuse, Yet This Is What He Chose To Make Of It.

It is understandable to believe that certain things just can’t be forgiven, that the evil in this world goes too deep to be understood with compassion. But the story of Sammy Rangel, a man who experienced horrific and unspeakable abuse throughout his childhood—is proof of a completely different, more beautiful and more truthful way to perceive and respond to even the most darkest of experiences.

Scroll below the video to discover more details about Sammy’s story in his own words.

It started aged three when my sister and I were raped by my mother’s brother. Even as a three year old you know when something terribly wrong is happening to you. I was also systematically and sadistically abused by my mother and step father throughout my childhood. My mother’s abuse was physical and it was aimed only at me, not at my sister or my two younger brothers. I was singled out as the outcast in the family.

My mother would always harm me in the worst possible way – so if it was a belt she was using, she’d hit me with the buckle end. I seldom got fed, and had to sneak or steal food, and she didn’t let me lie down at night; she made me kneel by her bed until I keeled over. She did everything she could do to degrade me. My siblings, who were conditioned to ignore me, just turned a blind eye. By the age of eight I tried to hang myself –only failing because the extension lead broke.

The day I decided to run away was also the day I almost killed my mother. I stood over her in bed with a knife, but aged eleven I didn’t have the strength or the courage to go through with it. After that I spent most of my early teenage years on the street. I joined a gang, started drinking and smoking cocaine, and having lots of sex. I was still 11 when I lost my first baby.

The shit that had happened at home turned my heart really hard – to a level where I didn’t give a fuck. One of the older gang members asked me to slit a guy’s throat and when I said I couldn’t, he showed me how to do it. Soon it didn’t matter what I did. By now I was violent and aggressive to the extreme.

At 17 I went to prison for the first time. Even though I was a father, with one child and another on the way, I was excited about going to prison because I knew it was where I could gain power and authority. And so, the gang fighting that had started on the outside crystallized in prison. Now I had an ideology where violence was glamorized and glorified. It gave my life a sense of meaning and legitimized everything I did.

I became so bad that I ended up being sent to a maximum security prison where the inmates ran the establishment. I belonged to a Puerto Rican gang but it was the white racist gang members who were in charge. It was here that I got caught up in a race riot which involved shootings and stabbings and hostage taking.

I went into prison as a street punk and came out as a brutal leader with a killer mentality. I started walking the streets with both a gun and a shank. I’d tell people I was more animal than man. Seven months later I was back in for armed robbery and again immediately put in the segregation hole.

The first small change happened when this man called George came to the hole to talk to me one day. He confused me by calling me ‘nephew’ and saying he wanted to see me in his office. I’d had no human contact for months and yet he got me brought from my cell to his office – which required four men putting me in shackles, handcuffs and chains –and then he told the guards to take off my chains. I couldn’t believe it: it was like letting a werewolf loose on a herd of sheep. It shocked me that this guy, who was half my size, wasn’t afraid of me. And then he asked me for my story – and I told him the whole thing. He didn’t flinch or pity me – he just listened. Afterwards he said: “I want to help you get out of this place.” I left knowing I’d been affected in some way. The meeting had left me feeling vulnerable.

A year later I beat up four guards and I felt bad because I didn’t want to do that anymore. I wrote to George and told him I’d “fucked up”. I expected him to be upset with me, but he just said, “You don’t owe me anything.” Because he wasn’t disappointed in me, it gave me hope to carry on.

It was on an intense drug rehabilitation programme that I made my change. I had to talk about my life, and my mother, which unleashed a torrent of emotion. I cried so much my face looked as if it was covered in bruises. When a fellow inmate told me that I didn’t love my daughter because I hadn’t properly tried to find her, that hurt terribly because I knew it was the truth. In an instant I went from feeling self-pity to feeling remorse. In fact it was the first time I’d experienced empathy.

From that moment I did everything to try to put my life together. When I left prison I decided I needed to find forgiveness from my son and daughter, and also to forgive my mother and everyone else who had hurt me – including her brother. I had created myths as to why I couldn’t forgive my mother – the myth that she must accept my forgiveness, that she didn’t deserve it, and most of all that what she had done was unforgiveable . I realised now I needed to let go of these myths because as long as I tried to collect what my mother owed me, I would never move forward in my life. And so, in the end, forgiveness released me from the hate that was consuming me.

Teacher’s Letter To Students Holds The Formula To World ChangeRead 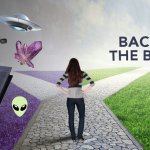 I Thought I Was “Awake” Until This Happened To Me.Read