This Comic Book Is Marketed For Children

I used to believe over-sexualization was a problem exclusive to the entertainment industry. At this point, we all expect music videos and movies to be riddled with sexual objectification. I don’t like it, nor do I think it’s normal, though I do expect it. Never would I have thought that one day, I’d find a 9 year old girl in the children’s section of a library, holding a comic book filled with inappropriate and over-sexualized imagery. Worst of all, it wasn’t a mistake. This comic good is marketed for kids.

I explain the full story in the following video blog, where I reveal more shocking images of the french Canadian comic book called “Les Nombrils,” which means “The Bellybuttons” in french.

Seeing a child I care about exposed to this kind of content not by accident, but because some governmental entity judges it as appropriate for them—made me realize just how severe this problem has become. Throughout their entire childhood, children are bombarded with sexual messages, day in and day out, at lightning speed from nearly every direction. Now, it turns out we have libraries to worry about too—the one place I still assumed would have somewhat of a more positive influence on the youth.

When our culture is moving towards that kind of direction, it is our responsibility to walk the opposite way. It is our responsibility to do the best that we can to filter out these kinds of messages from our households and remind our children of the values that are truly important in life. If the culture we live in doesn’t reflect what we know deep down to be true, it’s our job to speak the truth louder than the junk we’re being fed. It’s our job to create a better culture by example. To do so, we need to begin within our own sphere of influence—our own families. We can’t forget that kids are in fact the future, and the most powerful way to change the world is by raising children who are empowered, self-aware, grounded in positive values and capable of discerning truth from deception. It is these kinds of people that can change the world. It is these kinds of people that are able to think bigger than themselves and care about solving problems. If we let the current culture raise our kids for us, I fear that the next generation might grow into a society of broken adults rather than the healers and change-makers we so desperately need.

Although this situation is very alarming to me, I’m far from being a defeatist. I made this video not to scream doom and gloom, but to remind ourselves of our power in choosing who and how we want to be in this world. Humanity is filled with goodness and although we need to be aware of the problem to stop being a part of it, we most importantly need to be part of the solution! 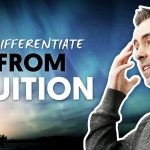 Is It Your Ego Or Intuition Talking?watch